There’s hardly a more British custom than a nice cup of tea. This magical elixir helps Brits get through the day and seems to make problems disappear … at least temporarily! It is said that tea was our secret weapon during the dark days of World War II.

Tea drinking in Britain has spawned several lasting traditions over the centuries.

Here are 7 facts that you might not know about British tea traditions:

Not much remains today, but these ruins were once a Benedictine Abbey at Tavistock in Devon.

There is evidence in manuscripts that Monks served bread with clotted cream and strawberry preserves to local workers who helped rebuild the Abbey after it was damaged in a Viking raid in 997AD.

It was an instant hit among the locals, and the monks started serving it to passing travelers.

The Devonshire cream tea was born.

2. A hungry Duchess originated the tradition of Afternoon Tea

It was around four o’clock in the afternoon at Woburn Abbey in Bedfordshire, England, during the early 1840s. Anna Russell, seventh Duchess of Bedford noticed she had a “sinking feeling” at this time of day.

Dinner would not be served until eight o’clock, so she ordered tea with bread and butter to help stave off her hunger.

When the Duchess asked friends to join her, the idea soon spread, becoming the popular social occasion of Afternoon Tea that we know and love today.

“Tea” is used to denote both a beverage and different types of meal.

But here’s the surprising part: “low tea” was enjoyed by the aristocracy and “high tea” by the working class.

Which leads us to our next surprising fact …

4. High Tea is not the same as Afternoon Tea

Afternoon tea is derived from the social tradition started by the Duchess of Bedford. Taken at around 4 – 6 pm, it typically comprises Devonshire cream tea and an assortment of delicate crustless sandwiches, sweets, and cakes.

In short, this is the “posh” tea, served today in country tea rooms or city hotels.

High Tea is traditionally an end of day meal for the working class, comprising things like cold meats, pies, salad, pickles, bread and butter, cakes, and a pot of tea.

Usually shortened to just “tea“, the term is still used in the Midlands and the North of England.

If you visit the north of England today, you may hear someone say, “I’ve got to get home and make the tea for the kids“, or the northern tendency to personalize with “our/us”, as in “what’s for us tea?”

5. Cream Tea in Devon and Cornwall are different

Anyone trying Cream Tea for the first time may wonder “do I add the cream first or the preserves?”

Thanks to the rivalry between Devon and Cornwall, it doesn’t matter. Phew, that’s a relief!

A subtle distinction between the way Cream Tea is eaten in the counties of Devon and Cornwall is the order of applying the silky-smooth clotted cream and the delicious strawberry preserves.

But in Devon, the clotted cream is applied first, with the strawberry preserves second.

6. How you pronounce “scone” says a lot about where you’re from

How do you pronounce “scone”? 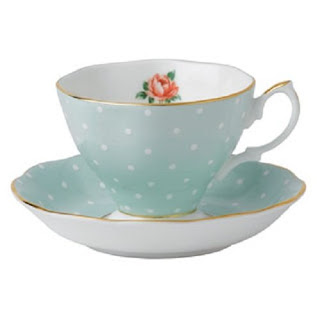 If you really want to drink tea like they do on Downton Abbey, you will add your milk last.

Inferior china cups were inclined to crack when hot tea was poured into them, but the finest china was much stronger and didn’t crack.

So putting the milk in last became a way for the upper class to show they had the best china.

Milk in last also lets you judge the strength more easily—too much milk can ruin the perfect cup of tea.

According to etiquette expert William Hanson, an outstretched little finger has apparently become one of Afternoon Tea’s most common faux pas and is considered rude in most social settings. One misconception is that it somehow helps balance the cup.

Here’s a video from William giving us some useful etiquette tips on how to enjoy Afternoon Tea the “proper” way.

Sources and Additional Reading
Wikipedia.org
Were cream teas “invented” in Tavistock?
Food and Cooking in Victorian England: A History by Andrea Broomfield